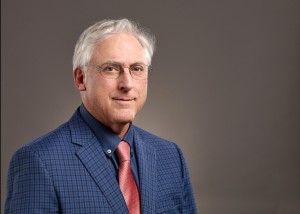 As a youth, David studied with Thelma Callahan in Washington, DC. During these early years he played in numerous competitions and recitals. In consecutive years, from age 12 to 14, he won the three divisions of the Jordon Music Awards Auditions sponsored by the DC Federation of Music Clubs, and was winner of that organizations’ Concerto Competition at age 14. From a review in The Washington Star, the music critic said, “He has magnificent hands and a businesslike attitude at the keyboard which suggested more years. …one would like to have heard more of his playing, for he seems destined to go far.”

Mr Wasser is a graduate of the Juilliard School where as a scholarship student he studied with Jacob Lateiner and Adele Marcus. While at Juilliard, he performed in numerous concerts at the school and outside the school with Lincoln Center Tours. David studied with Stewart Gordon at the University of Maryland, College Park, where, among other honors, he earned the award of “Excellence in Performance”. David performed in the Montreal International Piano Competition, and was an award winner at what is now the William Kappell International Piano Competition.

During the following years he and his wife raised two children, he earned a degree in accounting from the University of Maryland, and as a CPA managed his own business consulting practice. For six of these years he was CFO and VP of Finance of a large builder-developer. Then, after a 25 year hiatus, David returned to his passion, piano playing.

Mr. Wasser, noted for his “musical sensitivity and pianistic virtuosity” has played numerous solo and collaborative recitals throughout the eastern United States. He lives now with his artist wife in Columbia, Maryland, and is a faculty member at Howard Community College.